Phaistos is one of the most important archaeological sites in Crete, with many thousands of visitors annually. Phaistos is "Φαιστός" in Greek and you may find it also written as Phaestos, Faistos or Festos.

The Minoan palace of Phaistos corresponds to a flourishing city which arose in the fertile plain of the Messara in prehistoric times, from circa 6000 BC to the 1st century BC, as archaeological finds confirm.

The history of the Minoan palace of Phaistos, like that of the other Minoan palaces of Crete, is a turbulent one: 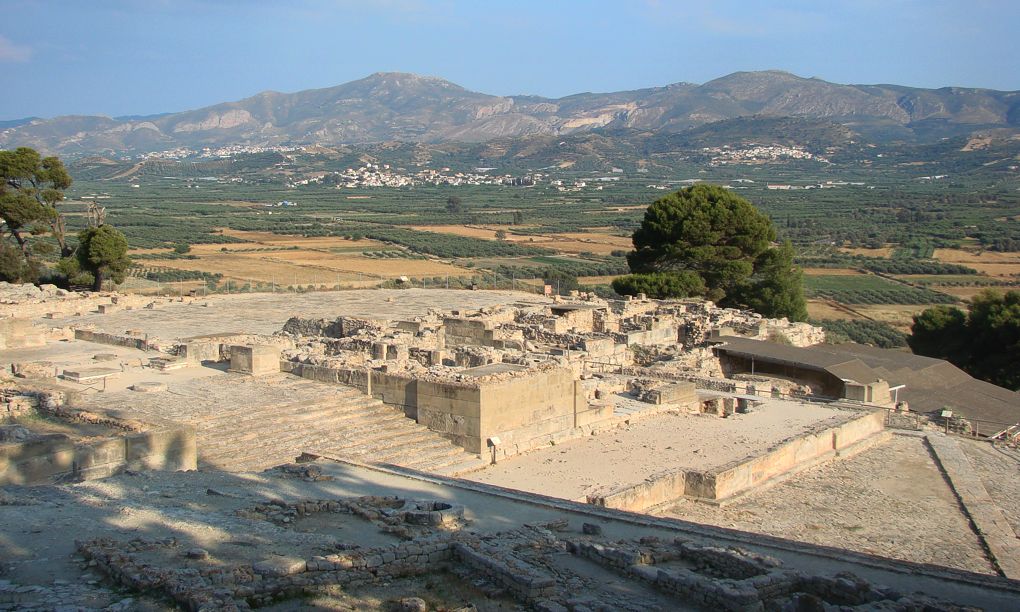 Follow the paved path next to the car park to the open area in front of the ticket booth. You can buy either a ticket just for Phaistos itself or one including a visit to the archaeological site of Agia Triada, a few kilometres to the west.

After the ticket booth is the archaeological bookshop and the refreshment canteen.

South of the Central Court is the Neolithic Kiln and the Temple of Rhea On returning to the Central Court, in the East Wing on your right is a megaron known as the Prince’s Megaron. A little further to the northeast is the East Court with the kiln for smelting metals in the middle. To the north are the ruins of the so-called Archive, where the famous Phaistos Disc was found. From the Northeast Court on your left hand you can see the remains of the workshops. Continuing north, you come to the Queen’s Apartment. Next door is the King’s Megaron and a lustral basin. Climb the staircase in front of you - you have now come in a circle back to where you started from.